People are curious when they see a foreigner... From India to Poland, meet Sujith and read about his life in Poland. 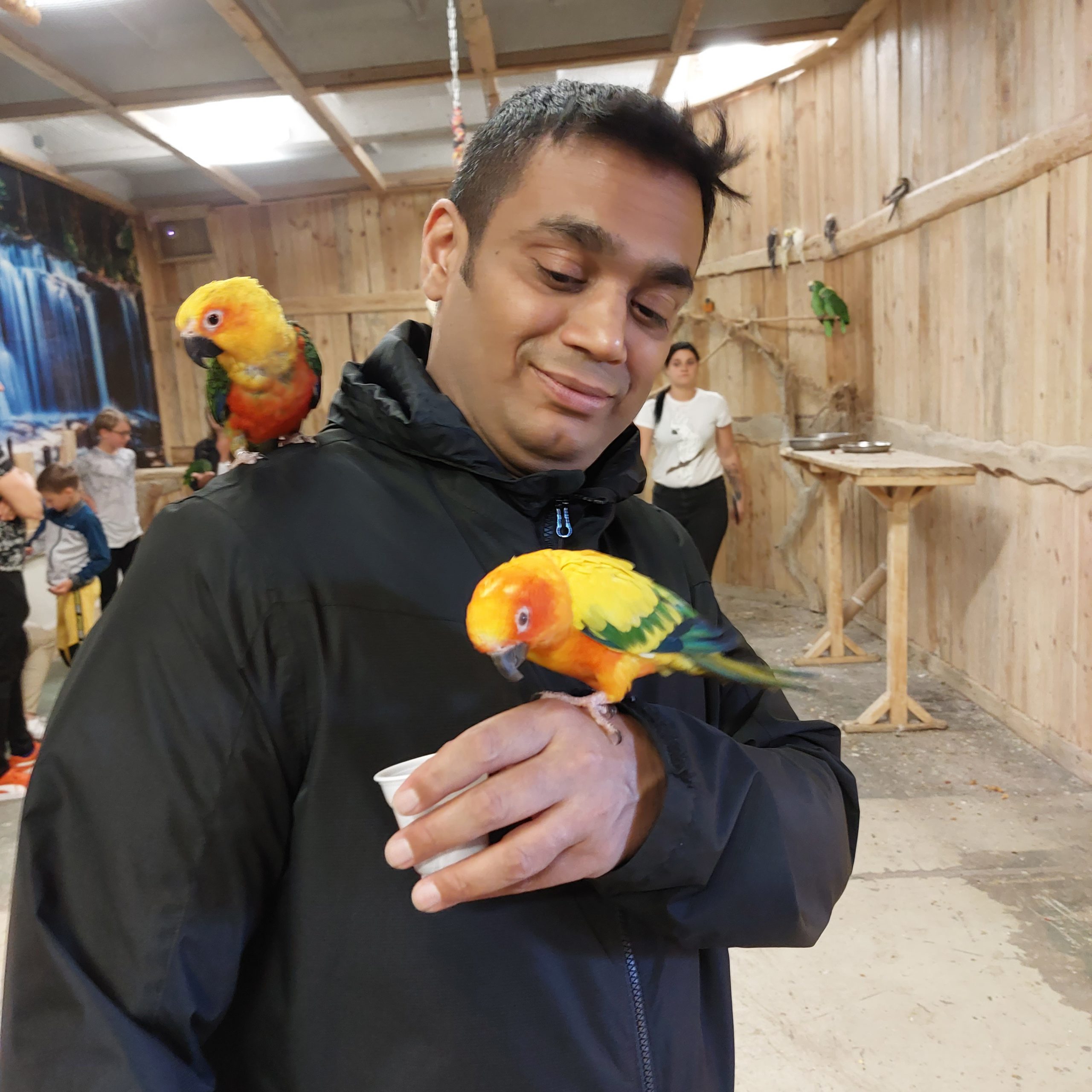 How did your story with Poland begin?

My story with Poland began in Dublin, Ireland in the form of a “love” and finally was persuaded to move to Poland. Now Poland became my home for many years.

What were your thoughts on Poland before moving here and how does that compare to how you see it now?

I had a lot of Polish friends that I met in Dublin, but never got a proper view of how the country looks like or what it’s like apart from some stories that they shared from the communist times when things were a bit different and somewhat beyond the imagination of how life can be. However, I’m living here since 2008 and I see a drastic change in many things in a positive way. Eg: Infrastructure developments or even changes in the attitude of those working in Govt: offices. Dealing with the Immigration office in the region I reside was not easy as initially, I had to bring in a sworn translator at my cost for any discussions with the office on resident permits but now many officers do communicate in English so you don’t have to look for a translator anymore which I see is a very positive change.

What surprised you the most in Poland?

Bureaucracy in offices and the fact that no one in Immigration offices spoke English was quite surprising to me. I also had to fund myself to bring in a sworn translator for any face-to-face meetings with the immigration department and none of those meetings started on time and was always a stressful situation. It may be because I was living in other countries like Australia, Ireland, etc, and dealing with Govt: offices was never painful there and most of the time it can be done via a phone call even. Before coming to Poland, I was warned that everything happens very slowly at offices here and they love making you walk many times which came out to be quite true.

What do you think about the Polish language?

Polish is one of the toughest languages out there and even after 14 years of being here I still struggle with it. I did attend a few years of online/F2F Polish language courses and passed quite a few exams. What still confuses me is the grammar and if being honest there are many exceptions to a single rule and remembering these rules isn’t easy which is a big challenge for me. I think I can speak ok till I get the strange stare, reading also if not so complicated but writing is a big issue. The main tip I have is not to think too much about grammar and other rules but try to speak as much as you can and get that fear out of you and generally people do understand what you want to communicate. I do have a very funny incident where I was trying to practice my Polish skills which backfired. It was at the fuel station where I walked into the shop to make payment for fuel and I said “pompa cztery prosze” and the sales girl responded “ czworka”. I thought she wanted to sell me something and I politely refused with a “nie dziekuje” and again repeated the same slogan “tylko pompa cztery prosze”. After 5 minutes of this exercise going back and forth, she had no clue for which pump I wanted to pay for and I had no clue why she wanted to sell this “czworka” to me and eventually, she asked me if I speak English. She was laughing when I said if I can pay for pump 4 but I don’t want to buy “czworka” today. I didn’t know it was the slang for 4 and was avoiding filling fuel at pump 4 at any fuel station for a good long time.

I wouldn’t say this is the most difficult Polish word but I still can’t order this beer “Książęce Pszeniczne “ and eventually when I succeed after several attempts, then I get the very lost look from behind the bar probably thinking what I’m trying to say !!!

How did your family and friends react to your move to Poland?

They were fine with my decision as they were already used to me being living outside of India for a good long time by then. My mother and sister did visit and they liked it here. Winter was shocking for them and they were so happy to see the snow falling for the first time in their life.

What do you miss most about your country?

I’m from India and what at times I miss is the authentic Indian cuisine especially seafood as I do miss those varieties of fish that are specific to the Indian Ocean, especially the Southern coast. You can find Indian restaurants but it’s not easy to find the dishes from your region.

The hospitality of people and the four seasons that you can feel when compared to just 2 (summer or monsoon) back home are certain factors that I like the most.

Do you have a favorite dish you can tell us about?

“Żurek” is one of my favorite soup dishes and also quite like the “Bigos” and various “Pierogi”. However “flaki” are scary for me and also don’t like “Tartar”. I like beef but in cooked form 😊

What Polish customs are either incomprehensible or surprising to you?

I wasn’t used to being addressed “Pan” as I never faced that neither in India nor in any other countries where I lived till I came to Poland. It sounds very formal and used to feel quite uncomfortable at the beginning.

Can you tell us about a few of your favorite places in Poland?

One of my favorite places that I have been to so far is the National Park in Bialystok where you can feel the untouched wilderness as I do like the walks along the forest/nature. I haven’t been yet to the Polish mountains but is on my to-do list. Having said that I also like the coast, Gdańsk as I’m from the coastal region in India and love being close to the ocean. It’ll be these areas that I would recommend to my friends as well.

What have you learned while living in Poland?

People are curious when they see a foreigner, especially in small towns and when they hear you are trying to communicate in Polish rather than in English, they turn out to be more helpful rather than ignoring which mostly brings a smile to the face.

What do you think was invented in your country that we don’t have in Poland?

I would say certain foods, fruits, or spices but wouldn’t call them invented as it may be due to the tropical nature that we have these back home. eg: bananas as I have only seen one variety in shops, whereas in India there are many different varieties and they also don’t taste the same.

I think I spoke enough about life in general but also would like to add the fact that the team I work with here at Arla is very great, supportive, helpful and accommodating which means a lot. So a big thanks to all for making me feel at home .. 😊